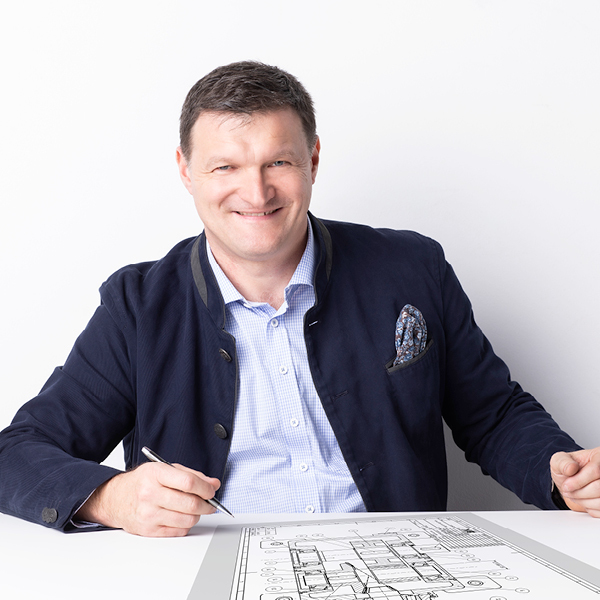 I majored in precision mechanical engineering at the Technical University of Munich, Germany. After graduating, I got a job at Philips, a major electric company, and was involved in inspection equipment and semiconductor manufacturing. Thereafter, I worked for Japanese support at Siemens, Tokyo Electron and ICOS Vision Systems. In 1996, in order to build a comfortable, low maintenance cost house for private use, I designed and built a "Passiv House"; a concept that, at that time, was still in its infancy in Germany. When I came to Japan and experienced the hot summer, I had the urge to build a Japanese style "Passiv house" for comfortable living standards, while drastically cutting energy bills. Therefore, I went to graduate school and studied technology management and Japanese energy business. In October 2009, we introduced the heat recovery ventilation system "inVENTer" for the first time in Japan, as the first phase of Passiv Energy, and launched a business that contributes to reducing bad environmental impacts such as CO2, while promoting comfortable living space.
In March 2010, I graduated from MOT(engineering management department) at the Shibaura Institute of Technology graduate school.

Japan has internationally pledged a high CO2 reduction target of 25% and gained high respect worldwide as a nation of environmental achievement. Under these circumstances, I want to introduce high-tech environmental technologies from Japan to foreign countries and vice versa, in order to do my part for the continuation of a wealthy society, even if my contribution may only be a small one.